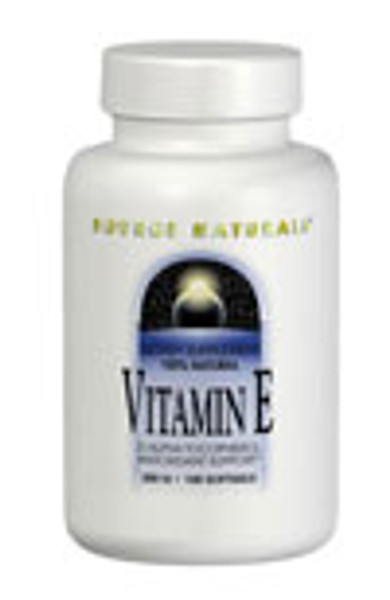 Alpha-tocopherol
The main function of alpha-tocopherol in humans appears to be that of an antioxidant. Free radicals are formed primarily in the body during normal metabolism and also upon exposure to environmental factors such as cigarette smoke or pollutants. Fats, which are an integral part of all cell membranes, are vulnerable to destruction through oxidation by free radicals. The fat-soluble vitamin, alpha-tocopherol, is uniquely suited to intercepting free radicals and preventing a chain reaction of lipid destruction. Aside from maintaining the integrity of cell membranes throughout the body, alpha-tocopherol also protects the fats in low density lipoproteins (LDLs) from oxidation. Lipoproteins are particles composed of lipids and proteins, which are able to transport fats through the blood stream. LDL transport cholesterol from the liver to the tissues of the body. Oxidized LDLs have been implicated in the development of cardiovascular diseases. When a molecule of alpha-tocopherol neutralizes a free radical, it is altered in such a way that its antioxidant capacity is lost. However, other antioxidants, such as vitamin C, are capable of regenerating the antioxidant capacity of alpha-tocopherol.

Vitamin E is found in foods that may not be consumed on a regular basis. This may be one reason it is important as a supplement. It can be found in almonds, asparagus, avocado, broccoli, corn, green leafy vegetables, nuts, seeds, vegetable oils, wheat germ, and whole grains.

Vitamin E is a powerful fat-soluble antioxidant. It is regulated in the United States as a dietary supplement. As such, supplement manufacturers may include statements of how the substance may affect the body through "structure and function" claims.

Suggested Use: 1 to 2 softgels daily.

Warning: If you are pregnant, may become pregnant, or breastfeeding, consult your health care professional before using this product.
Do not use if either tamper-evident seal is broken or missing. Keep out of the reach of children.

* These statements have not been evaluated by the FDA. This product is not intended to diagnose, cure or prevent any disease.