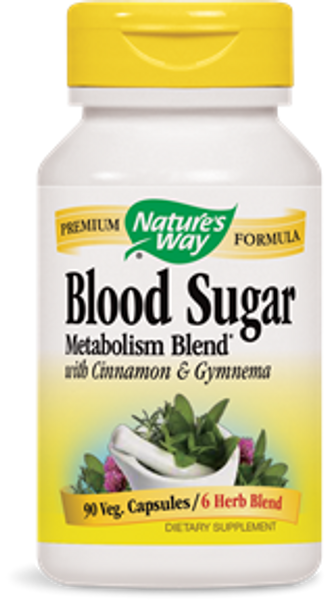 Researchers have discovered that the following herbs and nutrients contain therapeutic agents that could be an effective part of a blood sugar regulation program:

Prickly Pear (Nopal), which comes from the pear-shaped leaves or pads of the prickly pear cactus, has been used in multiple clinical trials with documented effectivesness. Nopal is one of the primary treatments used for diabetes in Mexico.

Bitter Melon has displayed an insuli-like activity, decreasing serum glucose levels and improving cholesterol in animal diabetic models. Numerous studies have shown that it can normalize elevated blood sugar levels. Bitter Melon contains an insulin-like polypeptide, polypeptide P or p-insulin (the p is for plant). In one study, glucose tolerance improved in 73 percent of Type II diabetics. In another study, the extract of Bitter Melon produced a 17 percent reduction in glycosylated hemoglobin A1c (an indicator of average blood sugar levels over time) after 7 weeks of use.

Gymnema Sylvestre has lowered fasting blood glucose levels and improved glucose tolerance in obese and diabetic mice, while also suppressing elevated glucose and lipid levels in diabetic rats. Recent scientific investigation has upheld its effectiveness in both Type I and Type II diabetes. Gymnema Sylvestre is probably the most practical herbal recommendation for improving blood sugar control in diabetics. Also, there is some evidence that it may possibly regenerate or revitalize the insulin-producing beta cells of the pancreas. It is interesting to note that Gymnema extracts are without side effects and exerts its blood sugar-lowering effects only in cases of diabetes.

Caution: Do not take this product on an empty stomach, or if you are pregnant or lactating. Individuals using hypoglycemic drugs should consult a healthcare professional before taking this product.