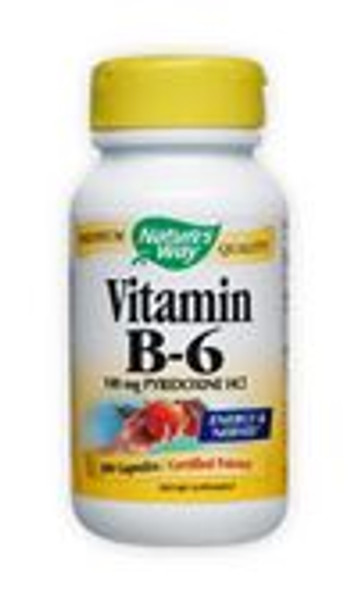 Vitamin B6 is converted into the main enzyme responsible for amino acids & protein metabolism.*

The central nervous system also relies on Vitamin B6 in the production of serotonin, a critical neurotransmitter.*

According to scientists, vitamin B6 benefits your body in multiple ways. It is involved in no less than 100 different chemical reactions in your body per minute.

It functions mostly as a co-enzyme - which is exactly what it sounds like. Vitamin B6 works with other enzymes to regulate all sorts of processes in your body. *

Vitamin B6 deficiency has been linked to depression, schizophrenia, autism and irritability. Studies have shown a deficiency of vitamin B6 in people diagnosed with epilepsy, acne, arthritis and sebhorheic dermatitis.

Because the body requires vitamin B6 to properly metabolize so many different other enzymes and proteins, a vitamin B6 deficiency can potentially be at the root of many different disorders, including yeast infections, water retention, premenstrual syndrome, an impaired immune system, Parkinson's disease and arthritis. *